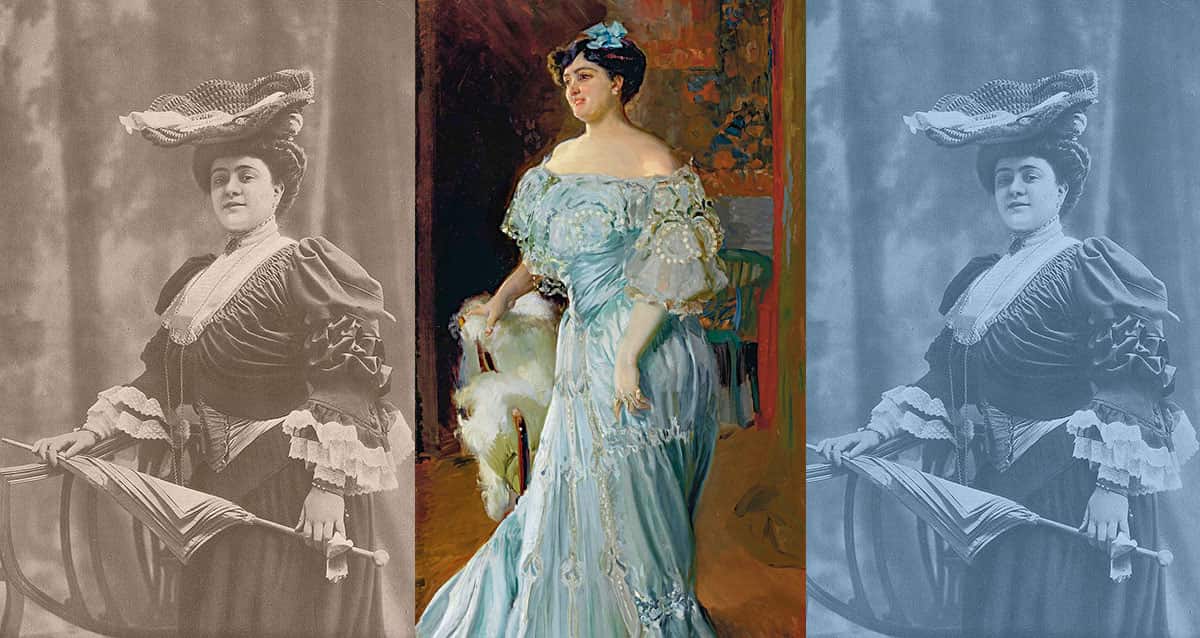 The Valencian Government snapped up a bargain six months ago by buying a Joaquin Sorolla’s painting “Portrait of Isabel Bru” at auction house Christie’s for just $60,000.

Sorolla’s “Portrait of Isabel Bru” has arrived in Valencia. It will soon be on display at the Museum of Fine Arts, and available to the public to view. Some six months ago, the Valencian government struck a deal when it paid just $60,000 at Christie’s for the Joaquin Sorolla painting.

Valencia’s Museum of Fine Arts is on fire. Following the recently announced acquisition of the Rudolf Gerstenmaier collection, another significant work will be displayed in the museum: Joaquin Sorolla’s Portrait of Isabel Bru.

For once,  it is not part of a donation or bequest by a patron; this superb tactical move results from fancy footwork by the Generalitat Valenciana. A lesser-known fact is that the Valencian government travels the world bidding on auctions to bring back the work that should have been here in the first place. Sorolla’s Portrait of Isabel Bru was purchased by the Valencian Government at Christie’s auction in New York last October. This nearly 2.5-metre tall, 1-metre-wide oil on canvas was painted by Sorolla in his prime, in 1904.

The painting was purchased for a bargain low price (reports range from $60-65.000), and it recently arrived at the Museum of Fine Arts in Valencia, where it will be a part of a permanent exhibition. The announcement was made in October on the Facebook page of the Museum of Fine Arts in Valencia, but it took another six months for the painting to arrive, via an Air Iberia flight direct from JFK airport. Art lovers will have to wait a little longer – the painting will first need to be restored to its full glory before being displayed in the Museum.

Isabel Bru owned the portrait, which was a focal point in her living room for 27 years. It was inherited by her sisters, the only living heirs, after her death in 1931, and it made its way to the art market nine years later, in 1940, when it was purchased by a private collector. The painting changed hands several times before becoming the property of La Comunidad Valenciana last October, with the sole intention of becoming a permanent fixture in the artist’s hometown.

Isabel Bru was a prominent Spanish artist at the turn of the 20th century. She was a brilliant soprano singer who excelled in zarzuela, a Spanish version of opera that combines instrumental, vocal, and spoken parts on stage. Isabel Bru, who was born in 1974, made her debut at the Apollo Theatre in Madrid when she was only 20 years old, and she went on to become one of the leading figures on the Spanish stage over the course of her three-decade career.

The Portrait of Isabel Bru was purchased relatively cheaply given the author’s name, but it is still not on the same level as La Niña en La Playa (£1.4m in 2010) and Las Tres Hermanas En La Playa  (£2,32m in 2015), also sold at Christies.

Even so, finding a Joaquin Sorolla painting for only $60,000 is extremely rare, almost unheard of. What is far more important, however, is that it underlines the fact that the Generalitat Valenciana is determined to undo a historic injustice by bringing works home from possibly its most famous son, and for the benefit of the people.

Get some more Valencia Art News like Portrait of Isabel Bru

Artespana’s blog was created with the goal of making art and events in Valencia province and the Valencian Community more accessible. Please also feel free to browse our shop, where you will find reproductions, wall art and posters suitable for decorating empty walls in your homes and businesses. We also offer services of design, custom  poster and digital printing, design and web design.

The Museum Of Fine Arts Of Valencia To Inherit A Fortune

Equestrian Portrait Of Francisco De Moncada Back In Valencia

This website uses cookies to improve your experience while you navigate through the website. Out of these cookies, the cookies that are categorized as necessary are stored on your browser as they are essential for the working of basic functionalities of the website. We also use third-party cookies that help us analyze and understand how you use this website. These cookies will be stored in your browser only with your consent. You also have the option to opt-out of these cookies. But opting out of some of these cookies may have an effect on your browsing experience.
Necessary Always Enabled
Necessary cookies are absolutely essential for the website to function properly. This category only includes cookies that ensures basic functionalities and security features of the website. These cookies do not store any personal information.
Non-necessary
Any cookies that may not be particularly necessary for the website to function and is used specifically to collect user personal data via analytics, ads, other embedded contents are termed as non-necessary cookies. It is mandatory to procure user consent prior to running these cookies on your website.
SAVE & ACCEPT
×
×